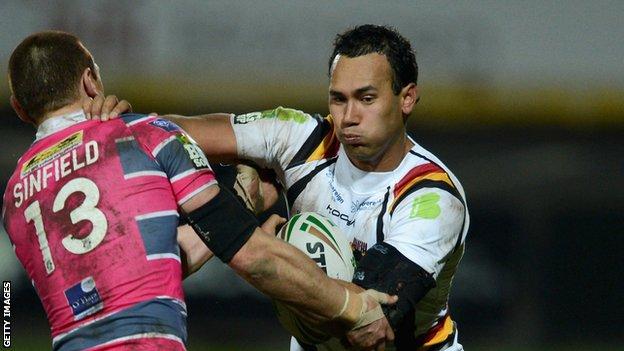 Bradford Bulls have confirmed they have turned down an approach from Leeds Rhinos for highly rated Australian centre Keith Lulia.

The 25-year-old, who joined the Bulls at the start of last season, attracted interest from several clubs when the Bulls entered administration.

The Rhinos have now followed up with an offer which the Bulls have rejected.

Duffy said the former Newcastle Knights player, who scored 11 tries in 27 Super League appearances last season, had been informed of the Rhinos' offer but was happy at Bradford.