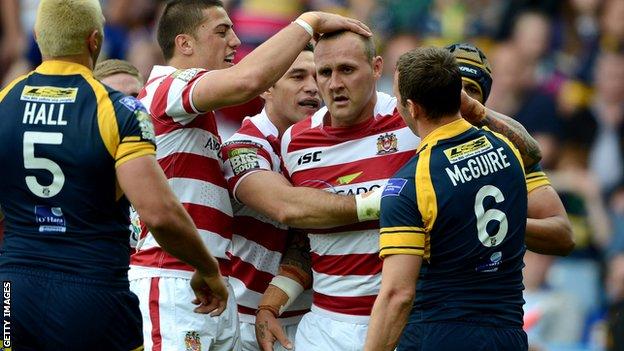 NRL club Parramatta Eels say they are in discussions with Wigan Warriors and England second row forward Gareth Hock about a possible move to Australia.

The 29-year-old, currently part of the national squad playing in the Autumn International series, has at the DW Stadium.

Wigan could demand a transfer fee for Hock, who was named in Super League's Dream Team for the 2012 season.

He is poised to win his seventh cap against France on Saturday.

Hock regained his England place after serving a two-year suspension, imposed after he tested positive for cocaine in 2009.

England-born internationals James Graham, Gareth Widdop, Sam Burgess and Jack Reed are all currently plying their trade in the NRL, while Gareth Ellis