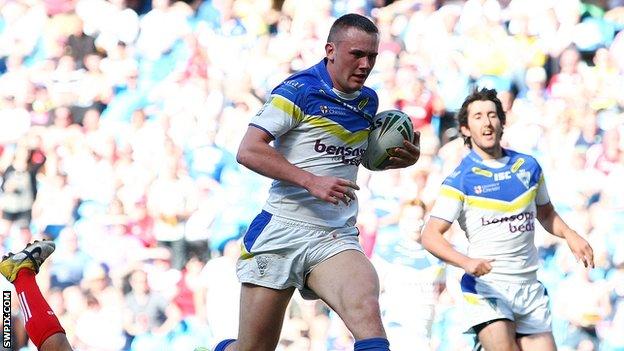 Second row forward Currie, 18, made five Super League appearances in 2012 and has agreed to stay with the Challenge Cup winners until 2017.

Laithwaite, 21, a back rower who spent time on loan at Hull KR last season, has signed a new three-year deal.

And 19-year-old centre Saltonstall will remain with Tony Smith's side for another four seasons.

"James (Laithwaite) has already experienced Super League on loan at Hull KR and Ben's also had a taste of first grade with us.

"I expect that James (Saltonstall) won't be too far behind, the rate he's progressing."

He added: "We're really excited about them not only because of their potential, but also their attitude.

"They're exciting young players and I've got no doubt that they will go on to be favourites at Warrington in the near future."