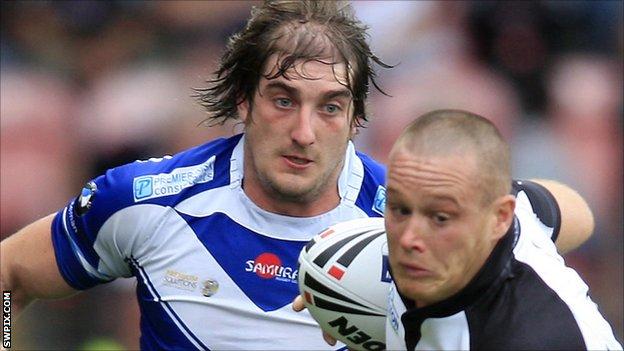 The 29-year-old had been unsure of his availability for Barrow due to work and study commitments, but has confirmed his place in the Raiders squad.

"Liam is grateful to us for giving him the time to consider his future.

"We are absolutely thrilled that he has finally decided to continue playing," said director of rugby Andy Gaffney.

"Liam is a major player for the club and as a captain has always led by example.

"He is an excellent role model for youngsters watching the team and is a firm favourite of every supporter."

Harrison, whose brother Ben was a Super League runner-up with Warrington, led Raiders to the Championship One play-offs where he too ended up on the losing side, although Darren Holt's side were promoted via the regular-season table.