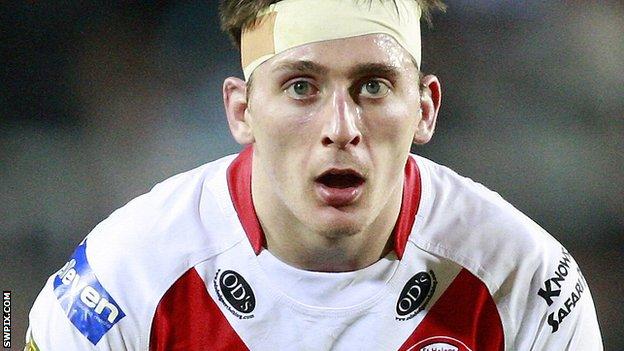 Salford have made their first new signing ahead of the 2013 season, bringing in forward Andrew Dixon on a three-year deal from St Helens.

Head coach Phil Veivers told the club website: "Andrew will do well for us.

"He has a wealth of Super League experience from his time at St Helens. He's young and hard-running. He will fit in well with what we are trying to achieve next season."

Salford hope to add more players to their squad once their takeover is completed.

The Super League club, who from HM Revenue & Customs and former players Luke Patten and Vinnie Anderson, have been in talks about fresh investment for several weeks.