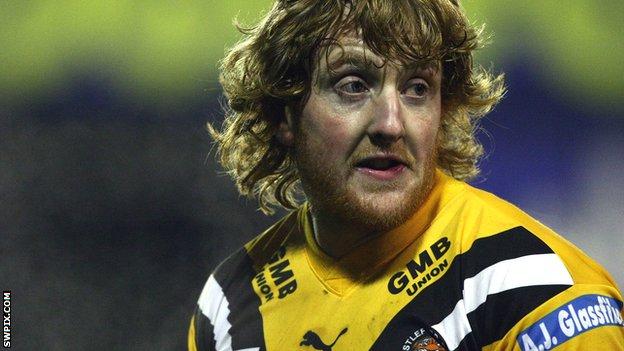 Warrington Wolves have decided not to offer a new contract to back row forward Lee Mitchell.

The 24-year-old spent the whole of last season on loan at Castleford and featured regularly in Super League.

But the Tigers have chosen not to extend his loan spell, and Warrington have said they will not be giving Mitchell a new deal.

It is thought he has plans to play in Australia next season in an attempt to develop his game.