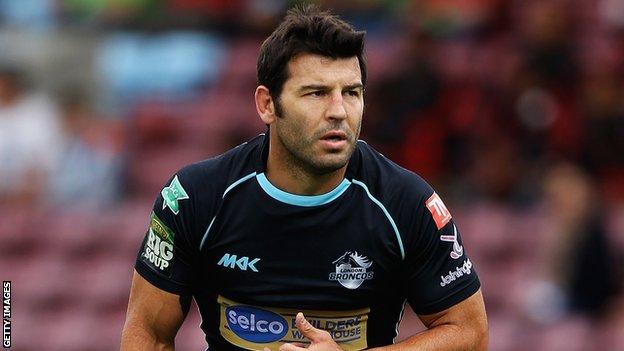 Craig Gower has signed a one-year extension to his contract with London Broncos, keeping him at the club until the end of 2014.

Broncos head coach Tony Rea said: "Some people might query signing a player of his age.

"But the fact he played every game apart from one last year is better evidence than his birth certificate."

Read added: "It's not a risk, it's calculated."

Gower is a dual-code international, having played for Australia in rugby league and represented Italy in rugby union.