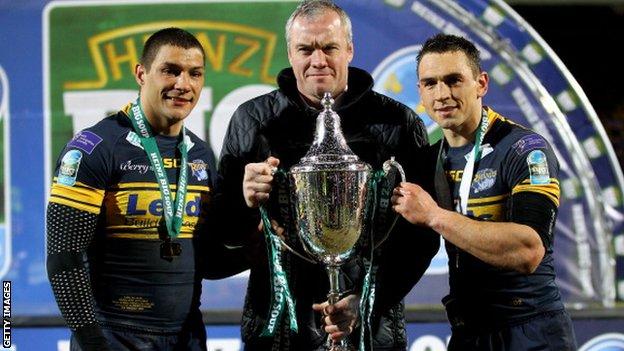 Leeds Rhinos will host the World Club Challenge at Headingley for the second successive year.

The Rhinos beat Warrington in the Grand Final in October and will face NRL Grand Final winners Melbourne Storm on Friday, 22 February 2013.

"We had a sell-out crowd last season and the interest in this game is extremely high already," chief executive Gary Hetherington said.

"We have invested heavily in our new pitch during the close season, which will not only guarantee the fixture [will go ahead] with our new undersoil heating system but also present a perfect stage on which the two best teams in the world can go head to head."

This will be the third time Leeds and Melbourne have met in the World Club Challenge. Leeds won the first meeting 11-4 in 2008 before the Australian side got revenge with an 18-10 victory two years later, with both matches played at Leeds United's Elland Road.