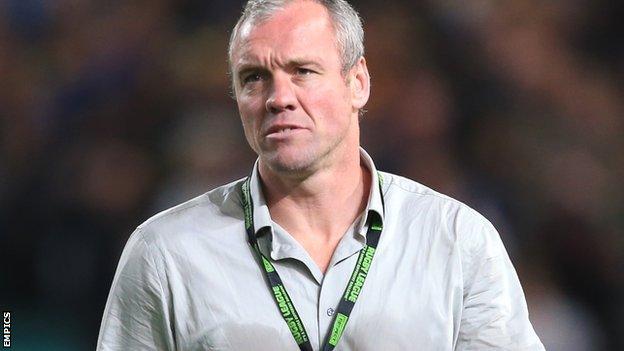 I think there's something in the trial period idea, I can see it happening more and more now

"To get a name from overseas is almost undoable now, financially," he told BBC Radio Leeds.

"We have to look at the other end of the scale, someone who is unproven."

He continued: "It's a risk bringing someone in like that because you don't know how they'll progress in the long-term.

"That's why I think there's something in the trial period idea, I can see it happening more and more now."

So far the Grand Final winners have brought in forward Mitch Achurch from Penrith Panthers, while three-quarter Joe Vickery is on a three-month trial.

McDermott said he would like to strengthen in the centre position but the quality of what he already has there, allied to the difficulty of getting players over from Australia, is making it a tough proposition.

"We're looking at a centre and we'd like one but Carl Ablett has been brilliant there; in the play-offs he was almost unplayable," he added.

"Any bloke we bring in would need to be significantly better than Carl and that would mean he'd need to be playing internationally for Australia or New Zealand.

"It's nearly impossible for us to recruit someone better than him and put him in our number four shirt and we're not willing to just sign someone for the sake of it."

The Rhinos will face Hull FC in the Super League 2013 season opener on 1 February.