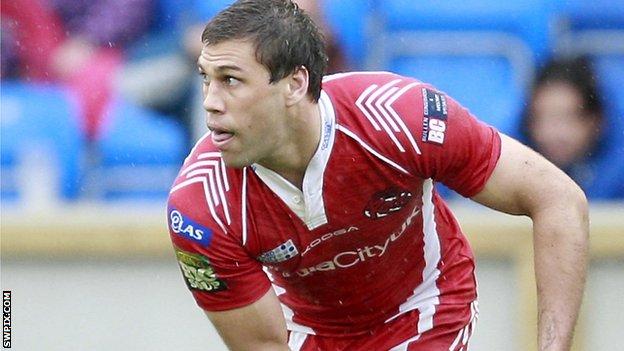 The 24-year-old made 17 Super League appearances for the Reds last season after joining from National Rugby League side New Zealand Warriors.

Rhinos boss Brian McDermott recently stated his intentions to bring in a centre before the new season.

"It's a bit of an honour and it's a great opportunity for me," Moon told BBC Radio Leeds.

He joins fellow Australian Mitch Achurch in moving to the 2012 Grand Final winners.

Salford remain the subject of a winding-up petition and revealed on Tuesday that investment talks are ongoing.