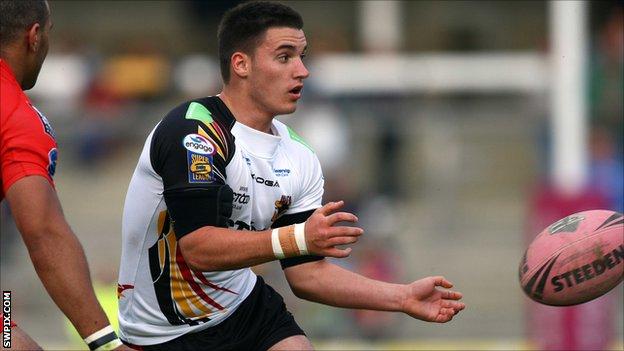 Whitehaven have signed Bradford Bulls under-20 utility back Cain Southernwood for the 2013 Championship season.

The 20-year-old, who can play in both halves positions, joined Bulls from Wakefield in April 2010 and was a member of their nines squad in 2011.

Cain's father Graham Southernwood was a top level hooker for Castleford, while his uncle Roy played across the pivot positions for Cas, Halifax and Wakefield

"It seems like we've got a good squad together and I'm looking forward to a big season."

One of Southernwood's potential partners at half-back is former Wakefield and England playmaker Jamie Rooney - Haven's player of the year for the 2012 promotion campaign.

"I'm really looking forward to working with him, he's got loads of experience and he's played in Super League for many years," Southernwood added.

"Hopefully we can get a good partnership going and tear some players apart."