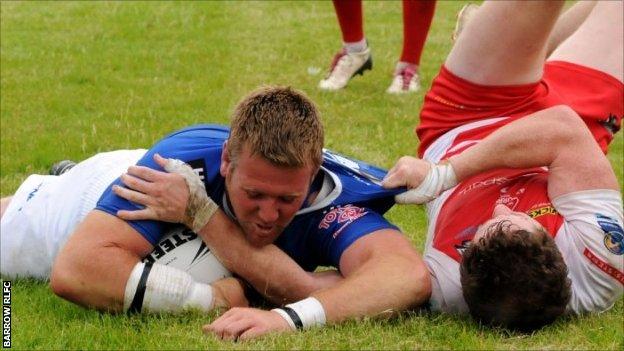 The 34-year-old planned to retire at the end of last term but has come into Darren Holt's side with Ruari McGoff and Jamie Butler injured.

"With both recovering from injuries the signing of Mike will give us some strength in depth at prop forward," said director of rugby Andy Gaffney.

Whitehead played for all three Cumbrian clubs during an 18-year career.

He was part of the Raiders' National League Two promotion winning team in 2008 before joining Town.