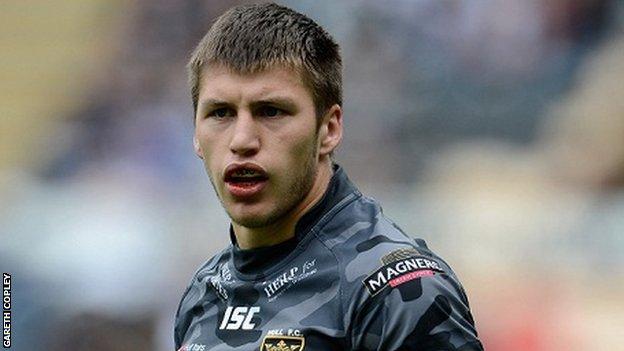 Hull FC are hoping a much-improved contract offer could tempt England winger Tom Briscoe to put his long-held ambition to play in the NRL on hold.

His deal runs out at the end of next season and Hull aim to find out in the new year whether he will stay.

"We're not throwing everything at him but we've made a very decent offer," Gentle said.

"We're not going to pressurise him by putting deadlines on it. He'll come to us when he's ready, and that's the way we've left it.

"But we'd like to get it resolved before the season starts if possible. It's a fair carrot they've dangled before him with the NRL, but he's also seen what we're doing here too.

"With the World Cup here next year he sees things happening in the city and with the club, but whatever decision he takes, he'll have the club's support. I think there's a good chance he'll stay but it's up to him at the end of the day."

Cronulla Sharks are believed to be Briscoe's likeliest destination if he opts to try his luck down under. Briscoe scored 17 tries for Hull FC in 2012, and played for England during the Autumn international series.