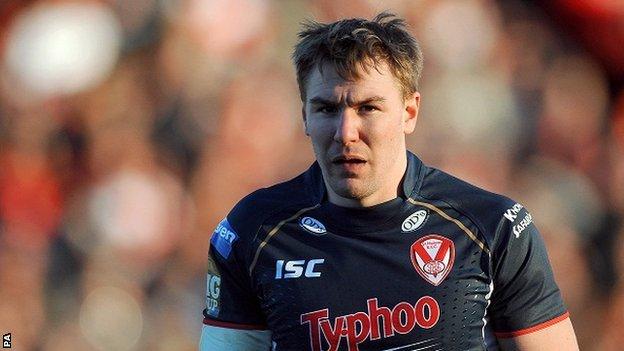 Centre Michael Shenton will captain Castleford next season after re-joining the club from St Helens.

Shenton, 26, began his career with the Tigers before moving to Saints in time for the start of the 2011 season.

Head coach Ian Millward said: "I have been very impressed with Michael's attitude and willingness to contribute in training so far.

"As a former England international he has made a big statement in coming back to Castleford."

Millward continued: "We were vulnerable in the centres last year and we now have two players in Michael and Jake Webster with international experience to fulfil those positions.

"We also have two specialist second rowers in Lee Gilmour and Weller Hauraki that will offer us more experience in both attack and defence."

Justin Carney, a new signing from Sydney Roosters, will take the number two jersey and fellow new recruit Jamie Ellis will replace Danny Orr at number seven, offering the prospect of an exciting partnership with Rangi Chase in the backs.

Millward added: "The players have been training well but there's no hiding from the fact that we ideally need extra depth.

"We are on the lookout for new additions but this is subject to club finances being available to enable us to recruit further."