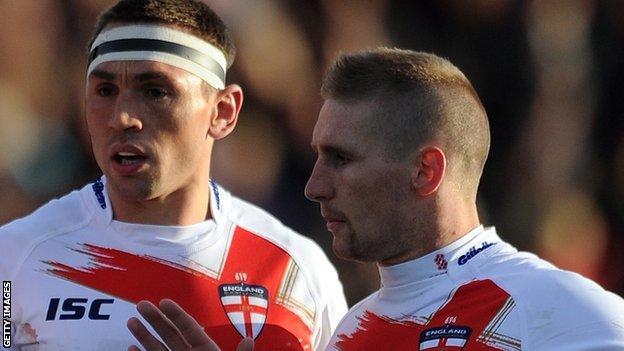 England internationals Kevin Sinfield and Sam Tomkins have made the six-man shortlist for rugby league's 2012 World Player of the Year award.

Sinfield, 32, led Leeds to the World Club Challenge and Super League Grand Final, while his side lost in the Challenge Cup final.

The others vying for the Golden Boot award are Australia's Cameron Smith, Cooper Cronk, Ben Barba and Nate Myles.

The winner will be announced in Rugby League World magazine on 4 January.

The last British winner of the most prestigious individual award in rugby league was former Wigan and England captain Andrew Farrell, in 2004.

Sinfield, who played the season with a fractured wrist, and Tomkins were also part of the England side which won the Autumn International Series against France and Wales.