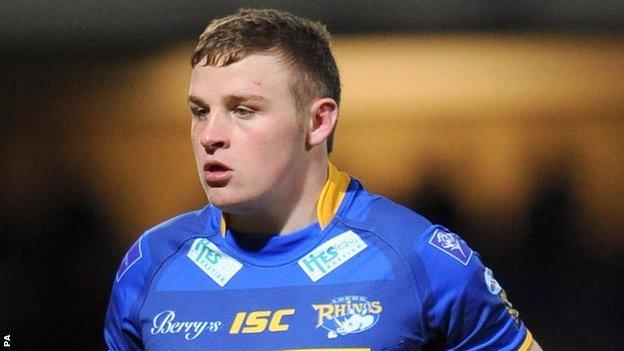 The 20-year-old scored twice in and his deal could be extended if all parties agree.

"We needed to bring in one more prop to add depth to that area of our squad," Wildcats head coach Richard Agar.

"He is a young lad with a very bright future who will bring real competition for places."

The highly rated Singleton, who can also play at loose-forward, is keen to continue his development in Super League after impressing in the Championship on loan at Dewsbury Rams last season.

"I need to be playing Super League because that's the next step of my career," he said.

"I feel I'm ready and it's what I need to do for my own career to progress."