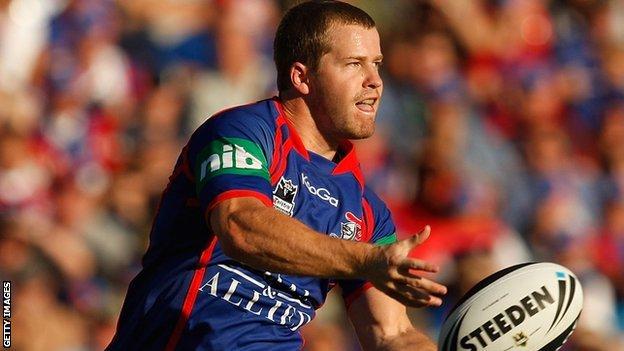 Catalan Dragons scrum-half Scott Dureau faces a spell out of the game after undergoing surgery on a tumour behind his eye.

The 26-year-old had on operation on Wednesday in his native Australia and is now recovering.

The Super League club say the tumour was removed without any complications.

"It's bad news that affects the club in its entirety but we need to be united and strong and overcome it as a team," said coach Laurent Frayssinous.

"Scott must focus on his health and on his full recovery and we want to express our support to Scott and his family."

Dureau joined the French side from Newcastle Knights and was named in the 2011 and 2012 Super League Dream Teams as well as playing for the Exiles against England in the mid-season internationals.