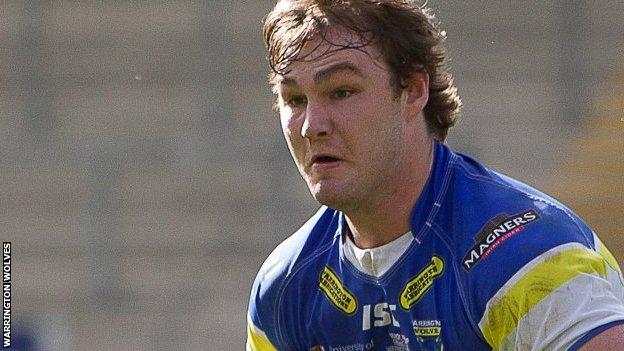 Bradford Bulls prop Ben Evans has been ruled out for the first three months of the season following hip surgery.

The Wales international, 20, who is on a season-long loan from Warrington, faces 16 weeks on the sidelines.

Bulls coach Francis Cummins said: "It's disappointing for Ben and us because we had high hopes for him this season.

"Hopefully in a few months' time we'll get Ben back, but in the meantime we may have to look at bringing in players on month-to-month loan deals."

Cummins added: "It's a problem that needed putting right and he had quite a big operation."