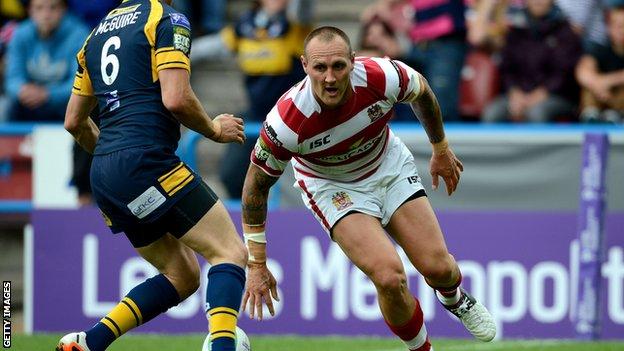 The 29-year-old back rower had an operation following England's Autumn International Series win in November.

He has been unable to play any part in the Warriors' pre-season schedule, including a training camp based in Florida before Christmas.

but a deal with NRL side Parramatta did not materialise.

He is contracted to Wigan until 2015, while serving a two-year drugs ban.