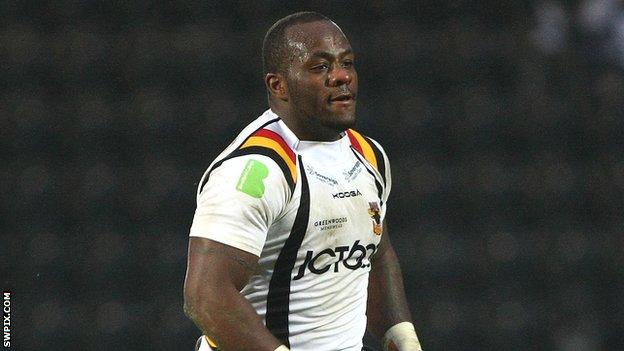 Utility forward Phil Joseph has signed a permanent contract with Widnes after a successful trial with the club.

Joseph, who celebrates his 28th birthday on Thursday, has agreed a one-year deal at the Stobart Stadium, having been involved in pre-season training since the end of October.

"It's taken a lot of hard work, but hard work pays off," the former Bradford man told BBC Radio Merseyside.

"I'm buzzing that it's all been done so I can start the hard work once again."

Widnes will be the seventh club that Joseph has played for in his 12-year professional career and he believes he still has a lot to offer.

He continued: "I made my debut at 16 [for Huddersfield] and that's why a lot of people think I'm a lot older than I am. It feels like I've been around forever.

"The mood around the camp is very positive. We know we've got a lot to work on from last year [Widnes finished bottom of Super League] but I think we'll go well this year."