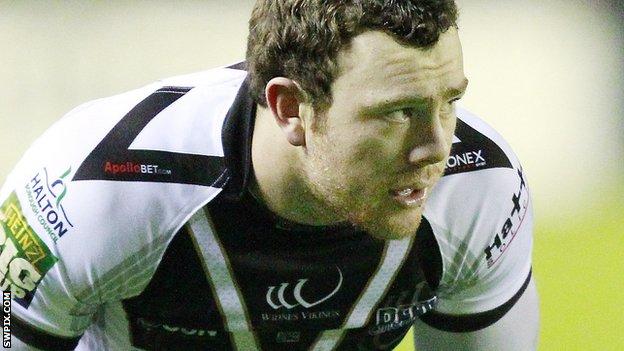 Widnes Vikings will be without centre Stefan Marsh for the opening round of the 2013 Super League season.

Marsh was hurt in the 30-6 friendly victory against Workington on Sunday.

"I think he's popped a rib cartilage, so he's going to be (out for) four or five weeks. That's why you carry the people you carry," he said.

"Cameron Phelps is not far off being right again, Chris Dean looks comfortable in there [at centre] and Willie Isa has been in at centre, so we've got people who can shift around.

"Ideally, we'd like to have our best players on their feet and ready to go, but it never really happens like that, does it?"

Marsh, 22, agreed a permanent deal with Widnes in October after spending the entire 2012 season on loan from Wigan Warriors.

New signing Kevin Brown is although it is hoped that he will be fit enough for the start of the season.