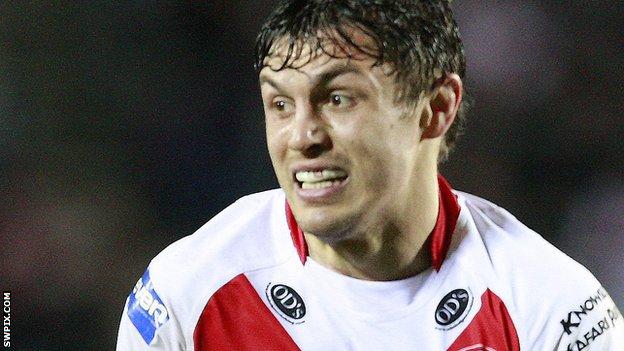 St Helens and England forward Jon Wilkin will celebrate 10 years in Super League when he plays in his testimonial match against Wakefield at Langtree Park on Sunday.

The 29-year-old has been discussing his decade at the top level, how rugby league has changed, and where the sport needs to improve, with BBC Radio Merseyside's Phil Kinsella.

What do you remember about your debut?

"I've got vivid recollections of my first game. We played Huddersfield away. I came off the bench for the grand total of eight minutes.

"It wasn't a particularly memorable day because we lost a game that we were expected to win quite comfortably.

"My only disappointment was that we played in a black kit with yellow sponsorship on it. I didn't get to pull on the red 'V' in my first game, but not long afterwards we played London and I managed to do that.

"I grew up in rural Yorkshire, about 30 minutes outside Hull. I played all my rugby in east Hull and then for Hull Kingston Rovers.

"I suppose it was like going away to university but, instead of being eased in with about 2,000 of your peers, Ade Gardner and Paul Wellens were the only lads like myself.

"It wasn't so much moving and being in new surroundings - it was more the day-to-day stuff like cooking and living like an athlete. Getting to grips with that was a challenge.

"I'm really grateful to Ade and Paul. They were integral to me feeling comfortable in those three or four months."

How has Super League changed since 2003?

"The game is unrecognisable to the game I played 10 years ago.

"The ruck speed is slower. The play-the-balls were much more unstructured back then. The likes of Keiron Cunningham were given a free rein to dominate games.

"In my time, we've come full circle a few times. We tried to speed it up, but I think we're in a bit of a slow patch at the moment.

"Also, 10 years ago, you could point to every team and say they were trying to do something different. At the moment, there's an argument that quite a number of teams are doing the same kinds of things.

"I love the game, so I'll watch Batley against Whitehaven in the rain and I'll enjoy it. But as a wider spectacle, I don't think the last few years have been fantastic.

"Parts of it have been great and there are always stand-out moments but, as a whole, we need to be conscious that it's an entertainment industry we're in and we need to entertain people."

So how can the game be improved?

"We have quite a tight grip on the game and a lot of people are reluctant to release the game to the next level.

"There are so many people doing great things in the sport. I think it's a mentality switch that needs to change. 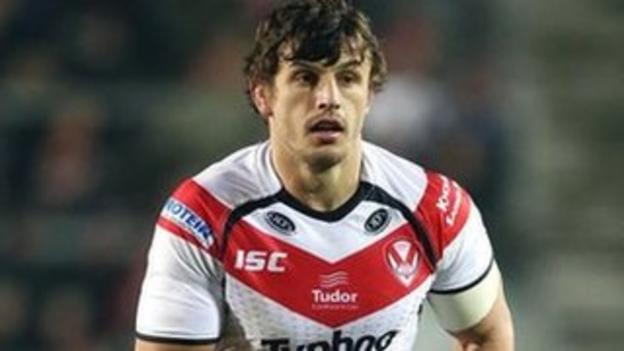 "If we can execute the World Cup well - if it looks good on TV, if the coverage is good and we can inspire the next group of young players to play the game - it has done its job.

"What we need to do, on the field and off the field, is come up with something that works and stick with it for a period of time.

"I want to see the game do well and

"As a game, we need to get together - schools, amateur clubs and professional clubs - sort out what we want to achieve and move on from there."

What are your hopes for Saints under new coach Nathan Brown?

"He's really at the cutting edge in terms of his mentality and the way that he's looking to prepare us to play.

"I'm confident that, under his leadership,