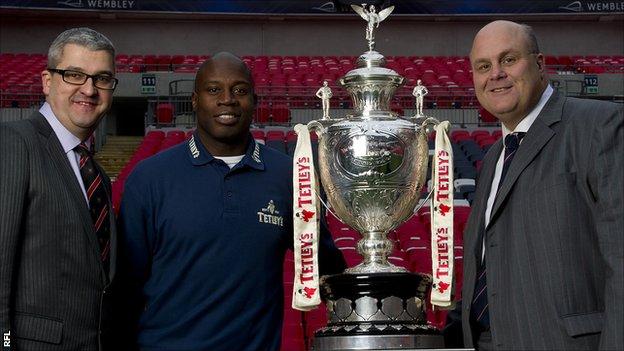 The Rugby Football League have announced Tetley's will sponsor the Challenge Cup for the next two years.

The tournament, had been sponsored by Leeds Metropolitan University for the previous six seasons.

Tetley's were title sponsors of Super League between 2000 and 2004.

"They are a dynamic national brand with a wonderful vision for rugby league and its activation around the partnership," said RFL chief executive Nigel Wood.

"The television coverage of the Tetley's Challenge Cup on the BBC and Sky Sports will deliver a robust platform for both parties to continue to build on the popularity of this historic competition."