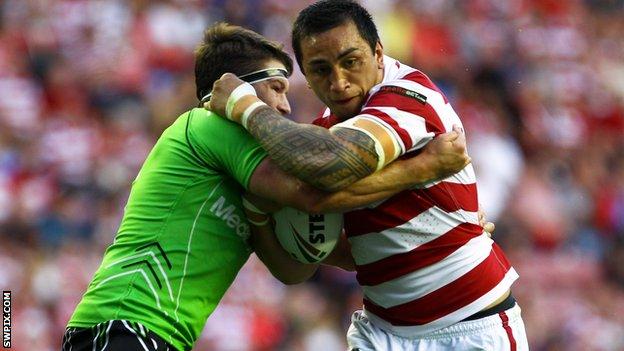 Wigan Warriors could be without second-row forward Harrison Hansen for the start of the Super League season.

The New Zealand-born 27-year-old has a wrist injury which may require surgery.

"I'm not sure of the exact timescale at the moment, but for him to miss any training means it must be serious because he's a tough competitor," said head coach Shaun Wane.

"Harrison has been great in pre-season and any time on the sidelines is a blow for us," he told the club website.

They are expected to miss Saturday's warm-up game at Warrington Wolves, but should be fit for Wigan's Super League opener at Salford City Reds on Friday, 1 February.