It is quite simple. Super League will be better this year than it was last.

Most teams have tried to improve their squads in the off-season, and I think it will be far more competitive.

The top teams will have to be on their mettle every week to get a result they want because there was a pulse towards the end of last year with the bottom teams.

Salford are the only team behind the eight ball really because they have not been able to recruit and they've lost some good players. But there is a silver lining ahead if Dr Marwan Koukash comes in with the cash once he completes his takeover.

Fans will need to be patient but as long as clubs do not over-egg their expectations then I am sure we are going to see some fantastic fixtures this year.

Here is my team-by-team assessment of Super League XVIII. 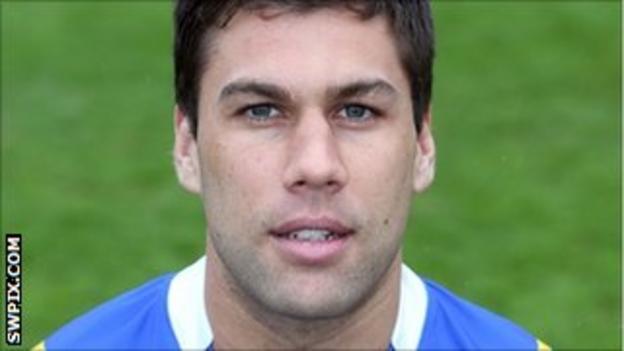 Leeds Rhinos have recruited really well, and in

One of the questions most people ask at Leeds is who is going to replace Keith Senior? I think they have a kid here in Moon who can do that in spades.

In their junior set-up, with Chris Clarkson and Stevie Ward coming through, they again look strong and once you have the formula, it is difficult to be dislodged.

They know when to perform, when to be tough and when to impact on the competition. They know what to bring and they have come from outside of that top four to win the Grand Final twice now.

Leeds will want at least a top-three place.

Wire can cut it 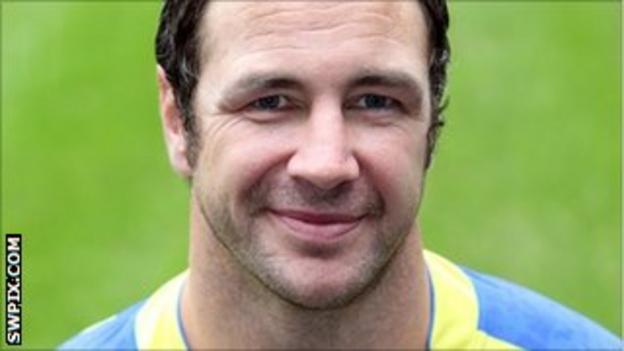 Warrington Wolves would swap a for a - but there has been no recruitment as Tony Smith is happy with his squad.

They have some great young players such as Stefan Ratchford, Richie Myler and Chris Hill, and the old guard like Adrian Morley, Micky Higham, Garreth Carvell and Michael Monaghan.

There is a depth of talent and teams have to make sure Warrington play every week. They do not have to be at their best to get the spoils. The challenge is for teams to get close to Warrington.

They also play a brand of rugby we all like. They do not change, they will be pleasing on the eye and they will have a huge desire to get over the line in Super League. 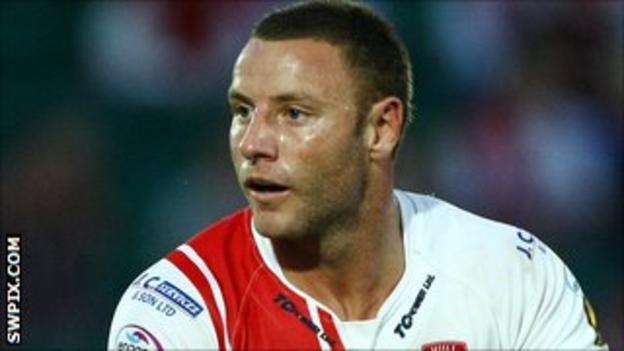 Wigan Warriors probably had the biggest challenge in the off-season in terms of personnel changes.

They have lost some pivotal players. Thomas Leuluai has been brilliant, Brett Finch has cropped up in big games and George Carmont has been the best centre in the competition.

It is a changing of the guard at Wigan on the quiet but they will be confident because of the strength of the squad and the crop of juniors. But I think there is a big question mark. 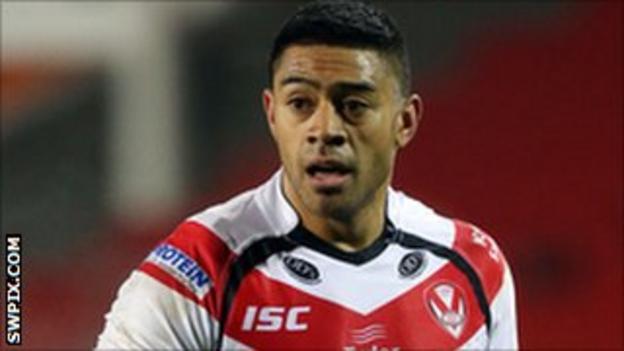 St Helens had a bad start last season, but they have a brand new coach in Nathan Brown and it is a tough act to follow in the steps of Mike Rush and Keiron Cunningham, who turned things round last season.

When you have James Roby, Tony Puletua and Sia Soliola, as well as Jonny Lomax and all their kids being a year older, you would be absolutely mad to think they cannot get to another final.

Willie Manu is going to be box office and he will be their go-to player. He can make breaks, has a great left-foot step and is a dangerous player near the line.

They will have big expectations at St Helens and I think they are capable of living up to them. 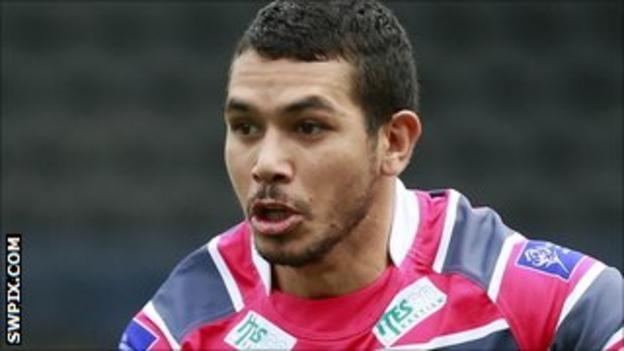 I think the Catalans Dragons will be fine. Brent Webb will fill the gap left by Clint Greenshields, Leon Pryce can be the finisher but they will miss Scott Dureau while he is out recovering from surgery.

They have signed well, they have a decent pack, Zeb Taia from Newcastle will be a 'wow', while David Waite is there as an extra pair of hands to help head coach Laurent Frayssinous.

They just have to cure their away form, which they did towards the end of last season, and I do not expect them to be anything other than as strong as they were last year. 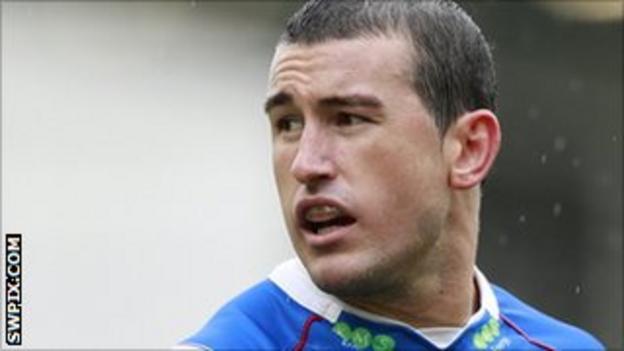 Daniel Holdsworth is going to be a big plus for them. He will be their go-to player in offence - he made Salford tick and Hull will be looking to him.

There is pressure there, but it is a good pressure as they finished the season well, and with Gareth Ellis they have a world-class player. The most exciting player they have signed is Shannon McDonnell, and the Black and Whites have gone for it which their fans will love.

They will probably get 20,000 every week at the KC and will be near unbeatable at home. Like everyone else, they have to stay healthy. 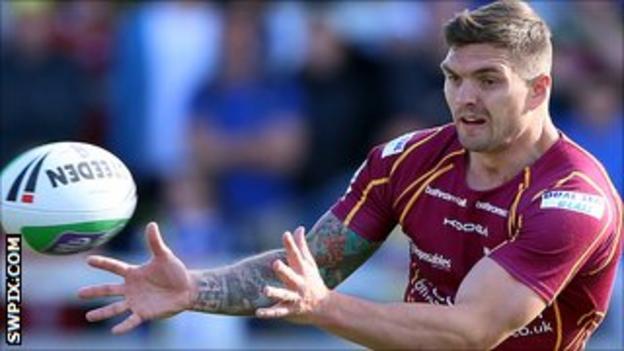 I think it is a question of Huddersfield Giants getting tough at the right times, and I do not mean to say they are soft, it is a mental aspect.

They start well, physically they are in a good programme, Danny Brough kicks them around the field well and they have good systems, but sometimes when a game gets tight towards the back end of the season you have to roll your sleeves up.

That is what Paul Anderson is trying to do, put some size into the team and beef that team up. We know Huddersfield can play but it is about their character. Wakefield Trinity Wildcats have to keep Tim Smith healthy to be successful. He is pivotal, as is that back-row of Ali Lauititi and Danny Kirmond, the latter whom I thought was their best player last year by a mile and he needs to stay strong.

Justin Poore is a terrific signing, and Richard Agar has done a pretty good job on the quiet, taking people no-one else wanted like Ben Cockayne and Smith - who I had when I was at Wigan.

The key will be if they pick injuries up, can they maintain their consistency? With their best side out they are a match for anybody as they showed at the back-end of last year. 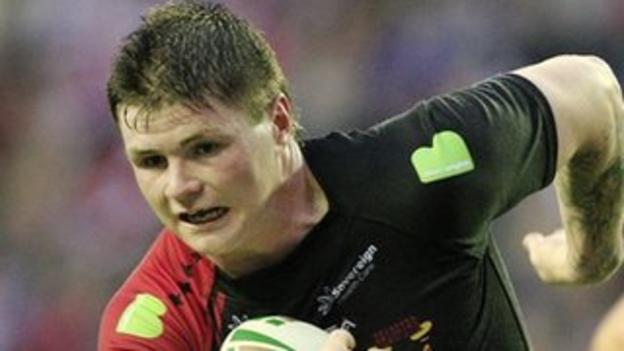 The element of adversity galvanised Bradford Bulls last season and I think they have kept that spirit and the spine of the team with players like Brett Kearney, Luke Gale, Heath L'Estrange, Matt Diskin and Jarrod Sammut.

They kept hold of Elliott Whitehead and John Bateman, the two young back-rowers who were coveted by the Super League last season, while Jamie Foster is a great acquisition.

Losing Craig Kopczak puts pressure on the front row, the four they have got have to perform week in, week out, and if they do they have no problem reaching the top eight.

Fans will understand the expectancy this year, the club is relatively new with good people running it, and I am hoping they have a big season. 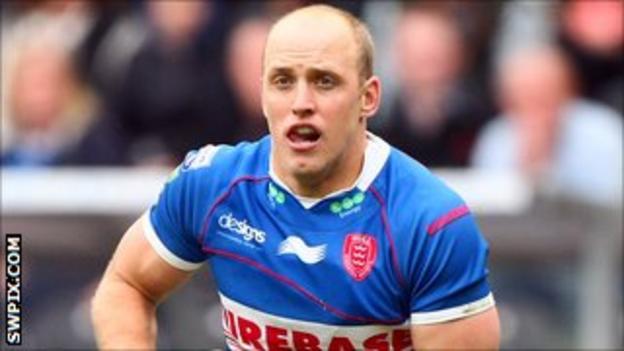 Hull Kingston Rovers are very Dobson-esque. When Michael Dobson plays well, they play well, but they have recruited strongly with players like Greg Eden and Evarn Tuimavave - he can play.

They have lost Blake Green in the half-back positions but they have Travis Burns out of Penrith and he will be a big plus for them. He is robust, he runs around at 100 miles per hour and he makes things happen.

The test will come when they travel away from home as they have also lost some big players like Ben Galea and Shannon McDonnell.

But Craig Sandercock is a smart bloke, he's brought some good players in and I think they will be tough to beat at Craven Park. 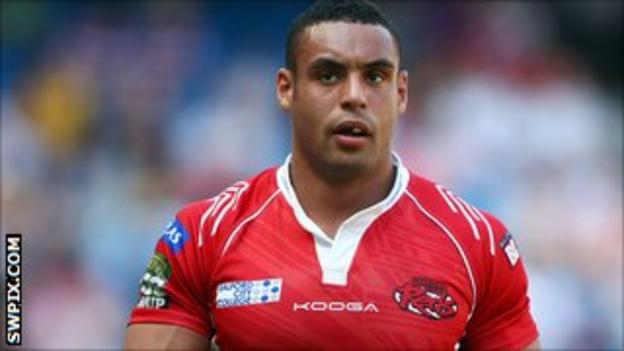 Phil Veivers and Sean Long are smart blokes and they will have an idea of what they want to do with Salford City Reds. There will definitely be some plans in place to get a squad together at short notice, a bit like it was with me at Crusaders.

It will be a few months in before they get any kind of substance to their squad because of all the visas for the imports, but the exciting thing for me is the prospect of a strong team in the Manchester area. It is massively important.

We have to get in there with City and United fans and get them to watch rugby league and play it, and I think Salford is a pivotal team in the Super League. 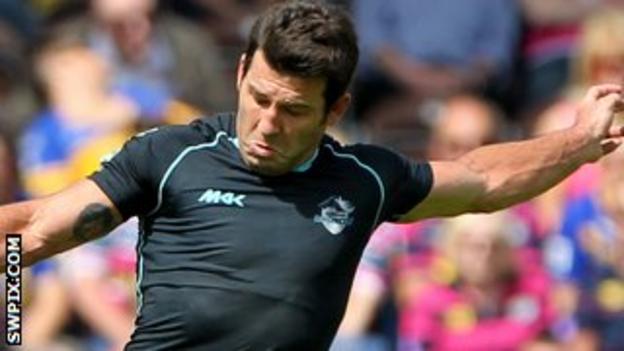 London Broncos underachieved massively last year and we saw a glimpse of what they might be capable of at the back end of last season when they beat Warrington.

They finished the season relatively strongly and I think they will be strong this year, as we all thought they would last.

Tony Rea is the right man for the job there and they have aspirations for the top eight. I think Castleford Tigers will go alright this year. They threw in a lot of kids last year and it did not work.

However they have recruited well. You put Jake Webster,Lee Gilmour,Weller Hauraki and Michael Shenton into your team and watch the whole joint lift. Hauraki will bring a bit of biff and pace and strike. All of a sudden their back-line looks good.

They have good players, and some good kids and that will take the pressure off them. And they kept the services of Rangi Chase which is crucial. I think they will be tough to beat at home, and they look a whole lot stronger. 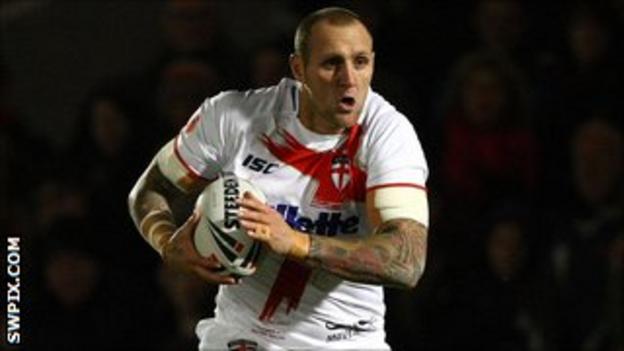 Widnes have made two massive signings in Kevin Brown and Gareth Hock, and there was a massive improvement in form towards the end of last season. It sends out a massive statement of intent.

Rhys Hanbury looks a 'wow' player, Hep Cahill and Frank Winterstein add a bit of biff in the back row and they have some good players who are a year more experienced in Super League, with great management and a great coach.

They like playing at the Halton Stadium. The plastic pitch is good for them, it gives them an advantage and they will have an aspiration to be in the eight.