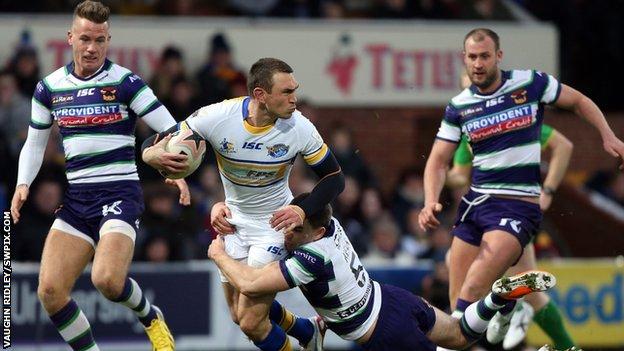 The Rugby Football League has introduced nine rule changes to be enforced for the 2013 Super League and Championship competitions.

and Batley-Dewsbury on Boxing Day.

One of the key alterations concerns the advantage rule.

Under new interpretations, referees can call play back to the initial offence if advantage from a knock-on or forward pass is lost before the next tackle.

Referees will award a scrum against the team that infringed first, and will rule that the team in possession has not had an advantage if they are tackled close to their own goal-line.

In addition, changes have been made to current marker tackle rulings, changes to the ball-in-touch, touch-in-goal and dead-in-goal rulings.