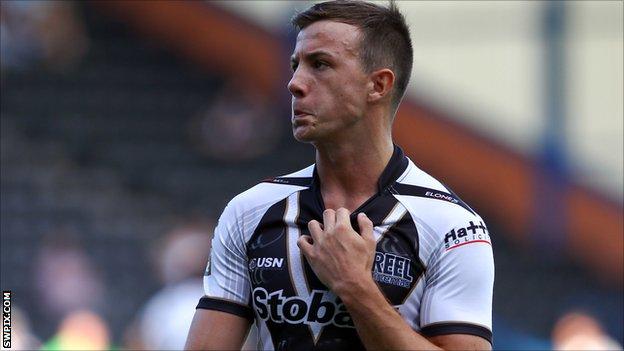 Widnes have made their first team squad, bar Gareth Hock and overseas players with visas, available to play in partnership with Workington Town.

The link-up allows up to five dual-registration or loan players to play for the Championship club.

"Having spoken to our players, playing for Workington is seen as a big step back into the Widnes first team," said Vikings head coach Denis Betts.

Who could go to Derwent Park?

Vikings talents such as Danny Craven, Stefan Marsh and Joe Mellor could move to Workington as part of the tie-up.

"They believe that this is something they will want and need."

Betts added: "It will put both clubs in a far healthier position and means that we will both benefitting from our first team players' ambitions to be the best they can be."

Workington have previously enjoyed links with Hull KR and have utilised dual-registration and loan players such as Wakefield's Chris Annakin and Salford City Reds' Andy Morris.

"It is absolutely fantastic news that we will have Super League quality players at our disposal as part of our partnership agreement, and it shows the commitment by Widnes to the arrangement," said Town joint-coach Martin Oglanby.

"With a number of our first choice players currently unavailable through injury and suspension, it's great to know that we have access to Super League quality players to help compliment our squad."