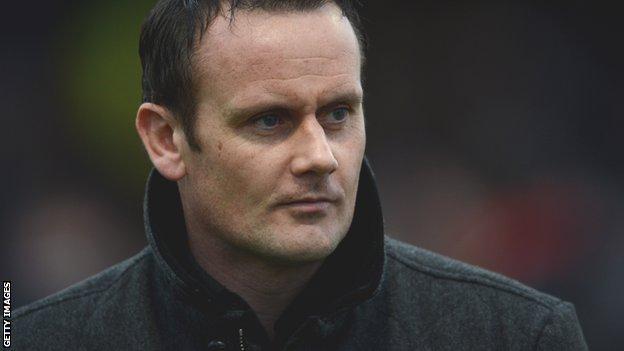 Bradford's 2012 campaign was dominated by their financial problems but hopes of a more positive season this time around have increased following a dominant opening-day display.

But Wakefield, who produced a stunning late run of form to reach the play-offs last term but were without last season's star man Tim Smith because of injury, will be worried by the ease at which Bradford ran in their seven tries.

Our contact was nowhere near up to scratch, in fact it was disgraceful. I lay the blame firmly at the door of our forwards.

Winger Michael Platt crossed for the first score of the game, rounding off a superb attacking move by the hosts, before Blythe and Sidlow marked their first competitive appearances for the Bulls with tries.

Sammut held off a challenge from Wakefield full-back Richard Mathers to make it 24-0 at half time and Bradford's dominance continued in the second period.

Foster, who ended with a 16-point personal haul, raced onto a grubber kick to register his side's fifth try of the afternoon, before the impressive Sammut jinked his way over for his second of the afternoon.

A late try from Collis ensured the visitors would not end the match scoreless, but it was Bradford who would have the final say on a memorable day for the Bulls, with Kearney crossing nine minutes from time.

"I was able to enjoy it after the start we made. I'm really pleased for the boys.

"To starve Wakefield of the ball was really pleasing. We earned right to play. We've got to do this all year.

"Jarrod Sammut is an exciting talent but the front rowers allowed him and Brett Kearney to run off the back of their hard work.

"Jamie Foster stepped up again from the friendly against Leeds. He's got skills and he's definitely got a rugby league brain to play at full-back. He reads the game really well and he's quick."

"I probably didn't see it coming but, if you are not in a physical contest, things can get a bit messy.

"Our contact was nowhere near up to scratch, in fact it was disgraceful. I lay the blame firmly at the door of our forwards. I'm not sure Tim Smith could have conjured up too much on attack behind that pack.

"Bradford marched us downfield and I'm not too sure they strung too many passes together themselves because they didn't need to.

"They got total dominance in the ruck but one of the positive things for me is that it's probably the easiest thing to fix up. We will fix it up."