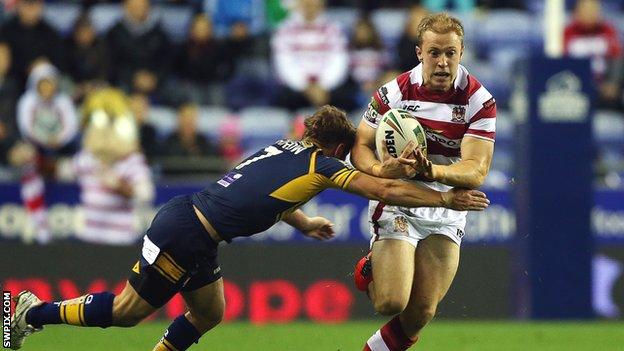 The 20-year-old is eligible to face his parent club when the Super League campaign begins on Friday.

Murphy made his debut for Wigan in June last year and also featured in their play-off loss to Leeds, replacing the injured Sam Tomkins.

"This is a good chance for me to get some first-team games under my belt," Murphy told Wigan's official website.

"I am looking forward to meeting the Salford boys and competing for a place in the side."