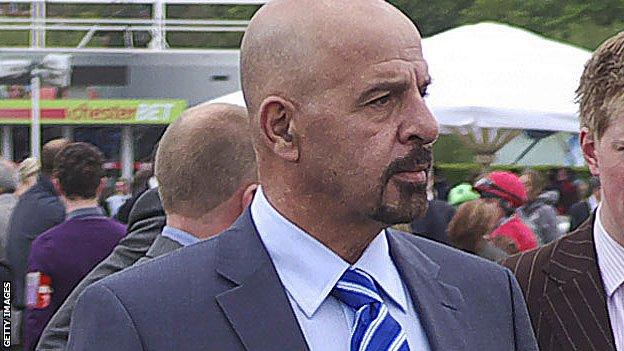 Salford City Reds are set to announce Dr Marwan Koukash as their new owner at a media conference on Thursday.

with the Super League club, who are due in court on Monday to face a winding-up petition, for a month.

Salford begin their 2013 Super League campaign at home to Wigan on Friday.

Since the end of last season, Salford's participation in the competition had been in doubt because of their financial problems.

They owe Revenue & Customs around £300,000, while two former Salford players - Luke Patten and Vinnie Anderson - are claiming a total of around £70,000 in unpaid wages.

The winding-up hearing was until 4 February after news of Dr Koukash's interest was made public.

He is also expected to buy a stake in the Salford City Stadium, which is currently shared with rugby union outfit Sale Sharks.