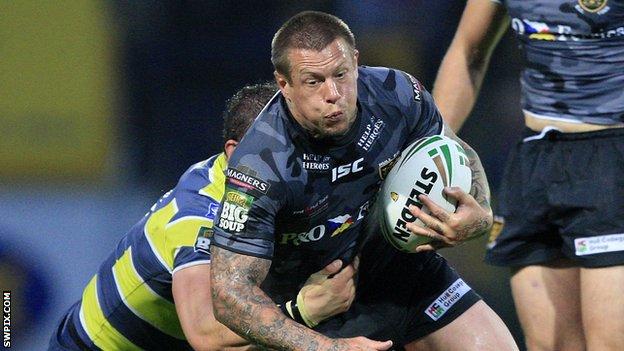 Both have agreed moves in time to be involved in Friday's Super League opener against Wigan Warriors.

But ex-England centre Martin Gleeson, who agreed a two-year contract with Salford after completing a drugs ban, will not face the Warriors after suffering a calf injury which will keep him out for up to four weeks.

The club have called a media conference for Thursday, when it is expected that