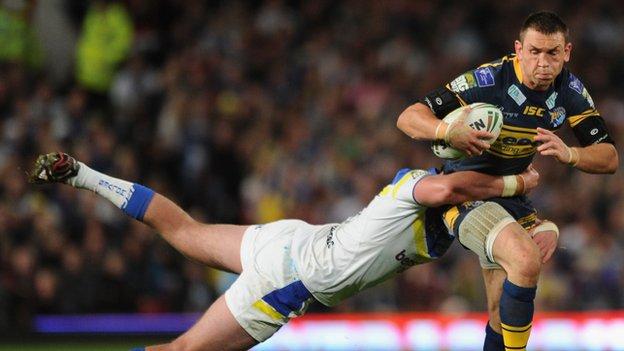 The Super League Show is to return for a 14th series on Monday, 4 February.

The show will initially be broadcast at 23:35 GMT on Monday on BBC One across the north of England before being repeated nationwide at 13:30 GMT nationwide (14:30 GMT in Wales) on Tuesday on BBC Two.

Super League Show presenter Tanya Arnold said: "We'll combine the highlights of all the key matches with the personalities in the game and reflect the key issues.

"This is a massive year for rugby league as they build for the World Cup coming to this country in the autumn."