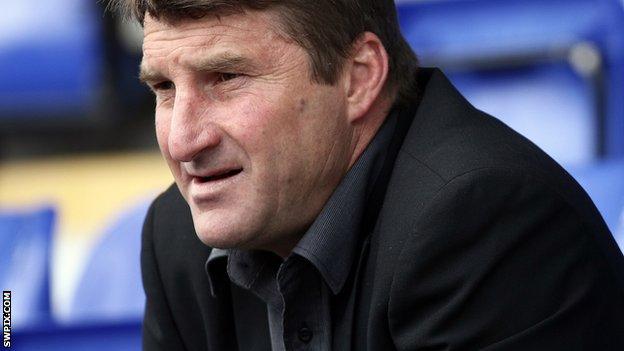 The Wire withstood a dogged Cas fightback to

"Had we have been up against a team who threw the towel after we went 30-0 up, it wouldn't have done us any favours," Smith told BBC Radio Merseyside.

"It was far from that. On another day, Castleford would have shaken up many other teams and scored plenty more points.

We know we'll get better, although we thought we did alright on Sunday without being sensational

"In many respects, I'm pleased that we didn't get some blow-out score in a one-sided affair. That wouldn't do us any good, for not only next week but any other round.

"They [Castleford] are a courageous team and they keep on fighting."

On Friday they visit Wigan Warriors - the team that pipped them to the League Leaders' Shield last term.

Warrington, who were Grand Final runners-up in 2012, are for the first time at the end of this season.

And Smith admitted that his side did show signs of rustiness in their first competitive outing, albeit having put the final result beyond doubt with their blitz of first-half tries.

The former England coach added: "It's not unusual at this time of year for things to get a little scrappy, when your discipline just isn't quite there with the ball.

"I thought we were good defensively in the first 60 minutes of the game. It was a good hit-out for us.

"We know we'll get better, although we thought we did alright on Sunday without being sensational."