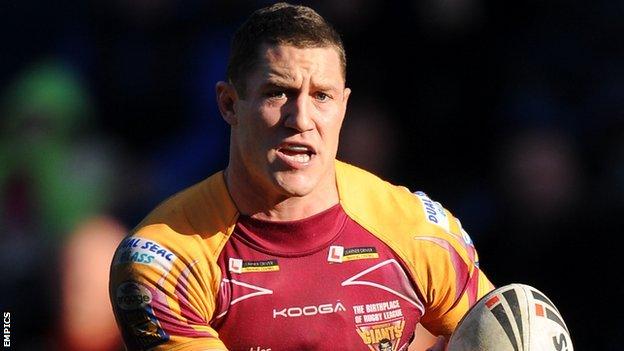 Huddersfield Giants are expected to release back-row forward Luke O'Donnell from his contract this week.

The former Australia test star, 32, is likely to join Sydney Roosters, despite having a year left on his Giants deal.

O'Donnell was left out of the squad for the win against London which took the Giants to the top of the table.

Head coach Paul Anderson said O'Donnell had a knee injury but confirmed developments regarding his future could be imminent.

Sydney had offered several of their players as possible options for a player swap for O'Donnell, instead of paying the compensation due for his leaving a year early. This offer was rejected.

Reports from Australia have indicated O'Donnell's partner is homesick, and that the former North Queensland forward has agreed to take a significant pay cut to facilitate a move back to the NRL.