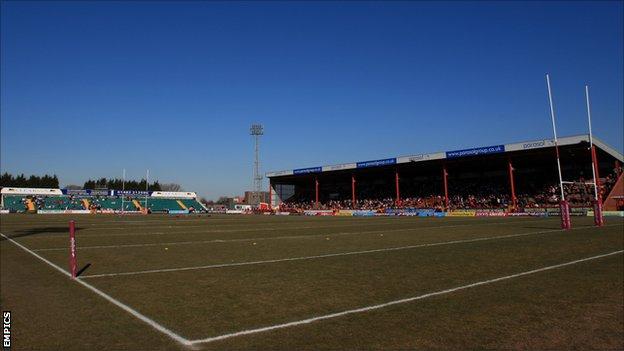 Gateshead Thunder will play their first home fixture of the 2013 season against North Wales Crusaders on 10 March at Hull KR's Craven Park ground.

The game has been switched as the International Stadium is in use for the Stan Calvert competition between the Northumbria and Newcastle universities.

Fans who make the journey face a 288 mile round trip, although the club will cover season ticket holders' costs.

A statement said the club were unable to source a local RFL approved venue.

Rovers have a partnership with Championship One side Thunder for 2013.