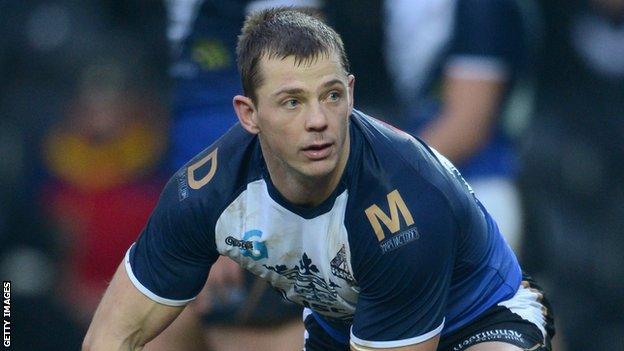 Hull FC's veteran half-back Richard Horne has signed a new one-year deal to stay at the KC Stadium until 2014.

"We wouldn't offer anyone a new contract if we didn't think they would contribute to the team," head coach Peter Gentle told the club's website.

Horne started the weekend's 28-12 win over the Bulls and says he is in the shape of his life.

"I'm enjoying my rugby and probably feeling fitter now than I have for a long time," he continued.

"I'm not carrying little niggles into the season which makes a big difference, and I can be fully focused on keeping my place in the team."

The ex-Great Britain international celebrated a testimonial in 2010 and has played for Hull 348 times, scoring 124 tries.

Having made his debut as a 16-year-old, and since appeared in two Challenge Cup Finals and a Grand Final, Horne says he will know when the time is right to call it quits.

"I still know I've got plenty of footy in me and I can't see myself playing anywhere other than Hull," he added.

"It's my club and my town and I'll keep giving it all I can until the day I know it's time to hang up the boots."