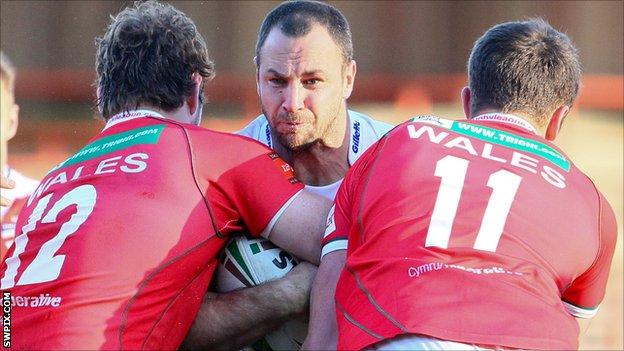 Shoulder charges in international competitions have been banned with immediate effect by the Rugby League International Federation.

The ruling will be implemented in Friday's World Club Challenge between Leeds Rhinos and Melbourne Storm, and the forthcoming Rugby League World Cup.

"Latest research and current trends show the charge has the potential to create an unacceptable risk of injury."

The decision follows the National Rugby League's decision to outlaw the challenge in November, while the manoeuvre is also illegal in rugby union.

There have been several high profile incidents already during the 2013 Super League season which continues to allow the challenge to be made.

Salford half-back Theo Fages was knocked out by a charge from Catalans Dragons prop Julian Bousquet, resulting in a four match ban, while Castleford half-back Rangi Chase was banned for two games for his strike on Leeds' Zak Hardaker.

The Rugby Football League will have the option of delaying the implementation of the ban until the 2014 season, or bringing the new law into force in line with the RLIF's decision.