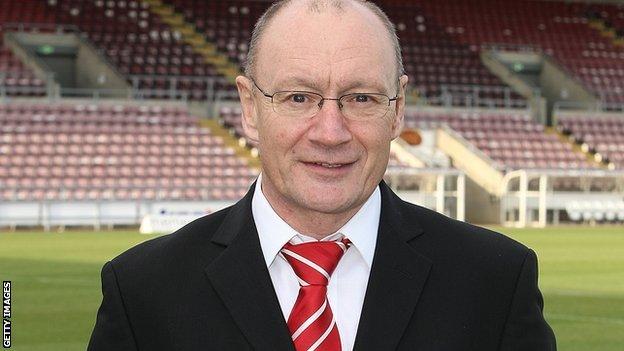 Ferres took over from Richard Wright in July and has cited an inability to push through initiatives as the reason for his departure.

"As chief executive I believe I have a moral obligation to everyone associated to the Tigers," he said.

"Since the board is not in a position to support the multitude of changes I believe must take place, I feel I have no option but to offer my resignation."

He added: "I would like to thank the fans for their fantastic support and indeed the staff for their hard work in implementing the new membership scheme.

"The club requires significant investment in order to continue and I truly hope the board can secure the necessary financial support in the coming months."

Castleford chairman Jack Fulton said in a statement: "I would like to thank Steve for his efforts during his time at the club and wish him well for the future.

"For over 20 years I have supported this club financially to a substantial amount with the aim of keeping it going as a Super League club ready for the day when it can support itself.

"While disappointed by Steve's resignation, this position remains unchanged. We look to the future and a real opportunity now exists for somebody new to come into the chief executive's role and drive the club forward."

The Tigers have started the new Super League season with one win and two defeats from their opening three matches.