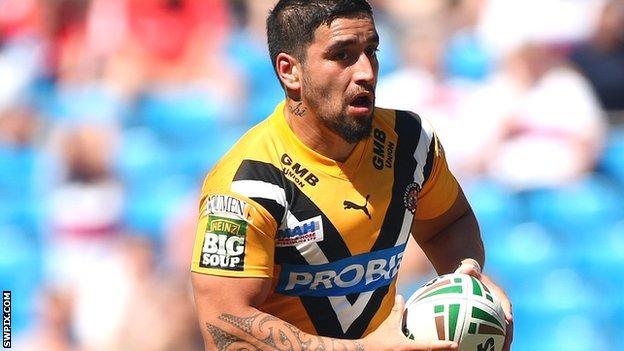 BBC Radio Leeds reports that chairman Jack Fulton turned down the bid for the 26-year-old stand-off earlier this week.

Chase told the Super League Show last week that he was "100% committed" to Ian Millward's side.

He is currently serving a two-match ban for a reckless shoulder charge on Leeds Rhinos full-back Zak Hardaker.

The 2011 Super League Man of Steel was linked with moves to Hull FC, Wigan and NRL side St George Illawarra last year.

After a move to the Australian side fell through in October, now departed chief executive Steve Ferres announced that Chase would be staying at the club for the 2013 season.

Meanwhile, the Tigers have confirmed that Steve Gill has replaced Ferres as chief executive on an interim basis.

Ferres announced his resignation from the post on Tuesday.