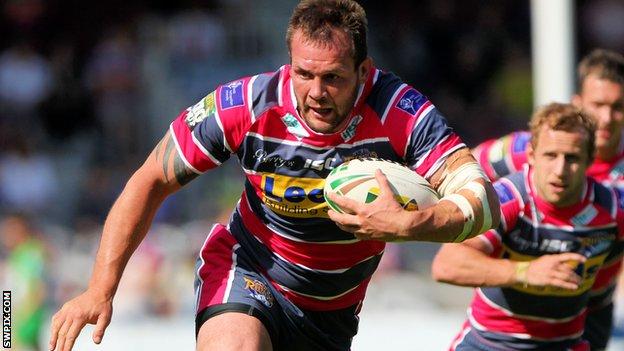 The 31-year-old will stay with the Reds for a month and could make his debut against Hull KR on Sunday.

Griffin has a wealth of Super League experience, having played for Wakefield and Huddersfield before

Salford lost their first three matches of the new Super League season and lie bottom of the table.

Meanwhile, former Manly duo Vic Mauro and Liam Foran, who completed moves to the Reds following are expected to arrive in the UK in the next few days.