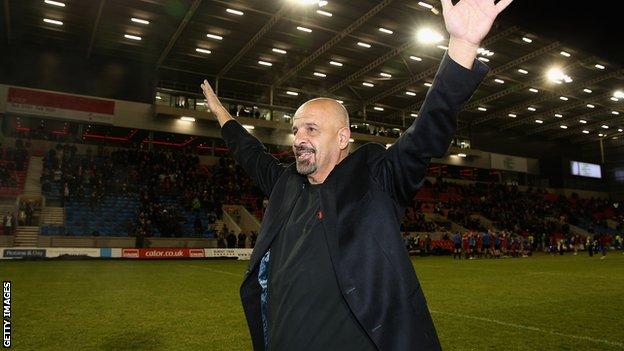 Salford City Reds have said they intend to repay all old creditors in full after revealing they are applying for a Company Voluntary Arrangement.

The Super League club were in danger of administration before

If the CVA is approved, all previous creditors will receive any outstanding monies over the next five years.

Salford City Council and Peel Holdings, who co-own the Salford City Stadium, will be repaid over a longer period.

The council had already invested around £1.5m in the club before

Koukash, who enjoyed a successful career as a racehorse owner before taking control of Salford, has stated that he

The Reds have lost their first three matches of the 2013 season and lie bottom of Super League.