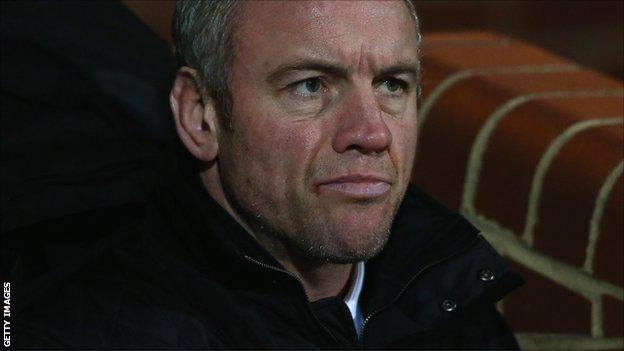 Super League's representatives were within four points of the NRL champions but were unable to retain the trophy they won against Manly in 2012.

"We're not far off one of the NRL's best teams but this will take a while to get over," he told BBC Radio Leeds.

"It's not a two-day thing, we've plenty of bruised bodies as well as egos."

McDermott's side showed spirit and resolve to come back after going 10 points down just after half-time, but missed opportunities, including two chances uncharacteristically squandered by Danny McGuire and Rob Burrow.

"The lads have put in a huge shift there and it's a shame we didn't nail enough offensive opportunities," he added.

"They scrambled like anything, for the final half hour we challenged their try line, and on a normal Friday night we would have scored a try or two but their scramble was immense and saved some tries.

"We're disappointed but we know we gave it a massive dig. There's pride in there, but it doesn't make the pain any easier and the fact we gave it a dig,"

Victory was particularly sweet for Craig Bellamy, who was Melbourne coach when the visitors last won the competition against Leeds at Elland Road in 2010.

It sealed a third title, a record for an Australian side in the competition, to add to successes in 2000 and 2010.

"We see it is as important, we have to win the competition to come over for this game," he said.

"For me it's a pretty big event, it's the World Club Championship and it's an hour for us to represent the NRL.

"We came a long way and everyone wants to come over. They've been tremendous with their attitude."