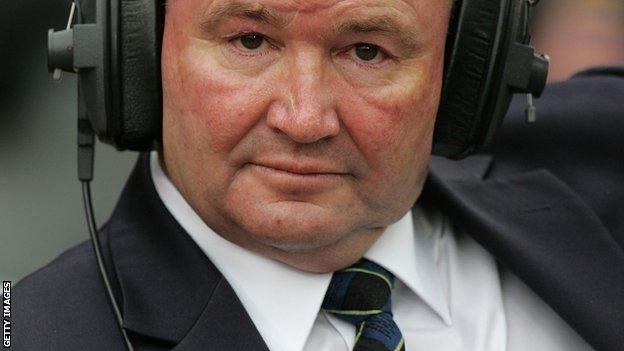 Graham Lowe is keen to recruit some of the best players in world rugby in his new role with Salford City Reds.

Salford, who on Sunday, have been linked with moves for England trio Rangi Chase, Adrian Morley and Sam Tomkins.

"Any club would actively be looking to recruit good players if they can. We're no different," said Lowe.

He told BBC Radio Manchester: "I want to play some part, for our fans, in making sure we deliver the best possible players that are playing the game, wherever they may be."

Approaches for Warrington captain Morley and were rejected, while following the 38-34 success against Hull KR on Sunday.

That game provided the first opportunity for Lowe to watch Salford in person, having seen their first three matches of the season on television, and the Kiwi is determined to make his mark at the Salford City Stadium.

"I have a vision that's shared by Marwan," he added.

"We've got to protect Salford's history, but we've also got to lift our own expectations and be a club that's actively trying to recruit the very best players we can possibly get."