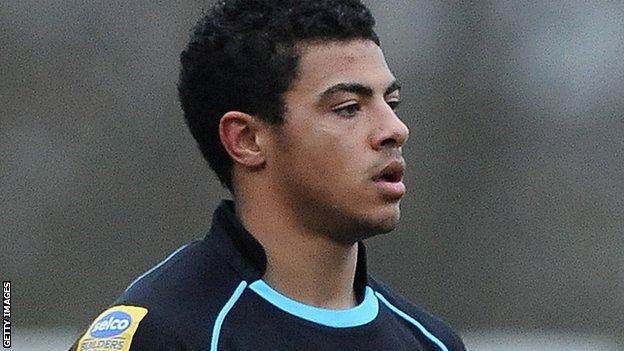 London Broncos picked up their first win of the season and moved off the bottom of Super League at the expense of Salford City Reds.

Wayne Godwin scored a late consolation for the Reds, who came from 20 points down to beat Hull KR five days earlier.

They were dealt a blow before kick off with the news that winger Jodie Broughton was caught in traffic problems on the M62 and was therefore unable to take his place in the Reds' starting line-up.

"I'm extremely disappointed. I didn't expect this. Things have to change and changes will be made," said Koukash.

"Areas of the side need to be strengthened and we'll try to do that as quickly as possible. People will be given a chance and if they don't deliver, they'll be out of the door.

"The whole club needs rebuilding and if I think someone is not performing, in any area - whether it is players, coaches, directors - I won't hesitate to make changes. I didn't come here to sit around and see bad games like today.

It meant half-back Liam Foran, who only arrived in the UK on Wednesday from Australia, was drafted in for a first start, while former Manly team-mate Vic Mauro named amongst the replacements.

The hosts bossed the early stages but were unable to register any points and proved to be their own worst enemies in defence.

They gifted London their first two tries, firstly Dixon capitalising on confusion in the Salford back line to cross for the opening score.

And after Marc Sneyd's score was ruled out for a knock on, another Salford mistake near their own line was punished by Channing.

Winger Dixon onto his own kick to add his second try of the game, before Dorn touched down in similar fashion seconds before the half-time hooter to put the Broncos 22-0 in front.

The expected second-half onslaught from Salford failed to materialise and, in a week where the Reds from Wigan, head coach Phil Veivers was left to contemplate a fourth defeat in five Super League matches and a return to bottom spot in the table.

As fatigue crept in for Salford, London completed the rout through Bailey's brace and a touchdown for Colbon, with Godwin's late score merely a consolation.

"We didn't do ourselves much justice out there. Overall, I don't think there was a lot between the two sides.

"You can look at all the excuses, but at the end of the day, you've got to stop the opposition scoring - simple as that.

"Even at 22-0 down, I still thought there was a chance. We had plenty of ball but couldn't crack them.

"It's one of those days where every option the boys seemed to take was the wrong one."

"Tony was a late call-up but put his hand up to play and is a real strong part of the Broncos.

"He is a terrific footballer and a dominant character in the middle.

"Defence is a strong attitude and we showed that as a team tonight.

"Our wingers responded well to our kicks but we have talent right across the field."