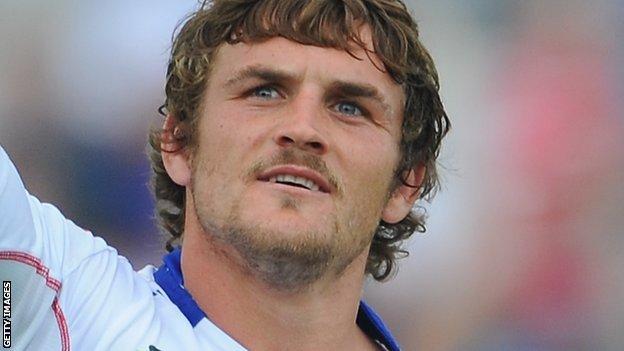 The 29-year-old, the only newcomer, has scored six tries in five matches this term, to add to 15 in 26 last season.

"To be recognised amongst the elite is my biggest honour to date," he said.

The call-up completes a remarkable turnaround in fortunes for Cockayne, who was sacked by Hull KR two years ago following the latest in a series of breaches of club discipline.

He was signed by hometown club Featherstone and has started attracting the headlines for the right reasons since joining the Wildcats at the start of the 2012 season.

"This is hopefully the first step to possibly playing for my country," said the former soldier, who made 139 appearances in five years with Hull KR before after a couple of high-profile discipline issues.

The squad holds its first training camp at RAF Cranwell over the weekend of 16-17 March, with four further camps in preparation for the World Cup campaign in October.

"We have been impressed with Ben's all-round form in Super League over a sustained period of time and he deserves his call up," said England coach Steve McNamara.

"The coaches and established players look forward to welcoming him into the group at our first camp later this month.

Super League champions Leeds Rhinos have eight representatives in the squad. Wigan Warriors and Warrington Wolves both have six.

"We hope he can build on his selection and continue his progress as a top class rugby league player."

"The main focus naturally will be about the World Cup, but we have a responsibility to ensure the future stars of the game are prepared and ready for international tournaments after 2013 and the World Cup in 2017," McNamara said.

"They are part of England's future and opportunities like this will benefit the lads in their rugby league development."

England begin their preparations with the International Origin match against the Exiles on 14 June at The Halliwell Jones Stadium, Warrington.

They will also take on France in a warm-up game before kicking off the World Cup on 26 October when they take on Australia, runners-up in 2008, at Cardiff's Millennium Stadium.