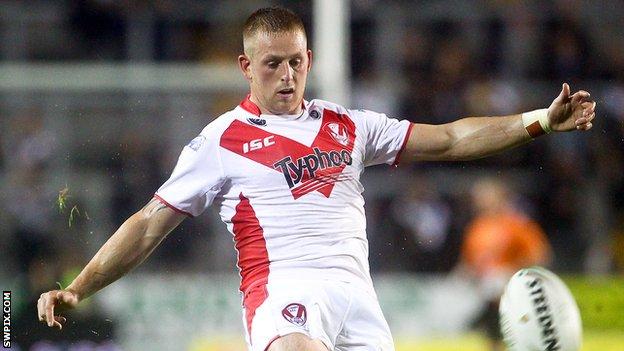 St Helens half-back Gary Wheeler has been ruled out for four months after rupturing a hamstring tendon.

It is another blow for the 23-year-old, whose career so far has been severely affected by injury problems.

Saints, who have won just two of their first five matches in Super League, are missing several key players to injury.

which has kept him out of the last two games, while Lance Hohaia and Josh Perry are also absent.

Hooker James Roby told BBC Radio Merseyside: "It was three tries all, so you can't be too disheartened, but at the end of the day we lost the game, so we're disappointed.

"We've got to take positives out of it and we've got a few players playing in different positions.

"It's nothing new but they've only played there for a couple of games. There are changes going on but I think we can only improve."