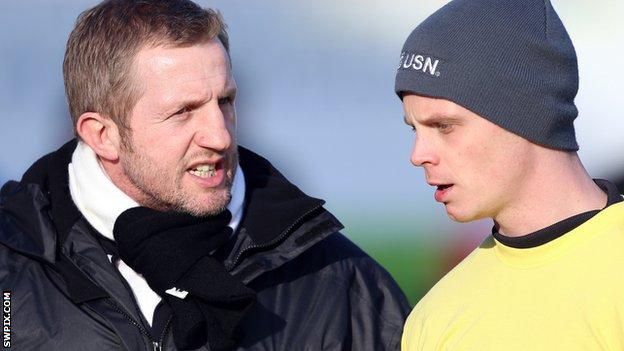 Widnes will be without half-back Kevin Brown for between four and six weeks with an ankle injury picked up on his debut against Hull on Saturday.

Centre Stefan Marsh, who was also injured in the 36-16 win, requires a shoulder reconstruction and could be out for as long as three months.

which caused him to miss the first three matches of the season.

"It was a freakish accident," coach Denis Betts told the club website. "He got kicked and it clipped him right on the spot which just made him flip over because he was relaxed.

"He went to see a specialist on Monday night and it was the same person who operated on him initially, and it's a badly sprained ankle."

Betts also described the loss of Marsh as "pretty devastating".

for the season, but he had been in superb form before his departure from Saturday's game.

"His form at the beginning of the season and the way he was playing, I think he could have been looking at a place in the England Knights squad," added Betts.

"From what I can see, I don't believe there are many centres out there with the ability or class that Stef has got, so it was a bit harsh on him really and also tough on us because he's been playing so well."