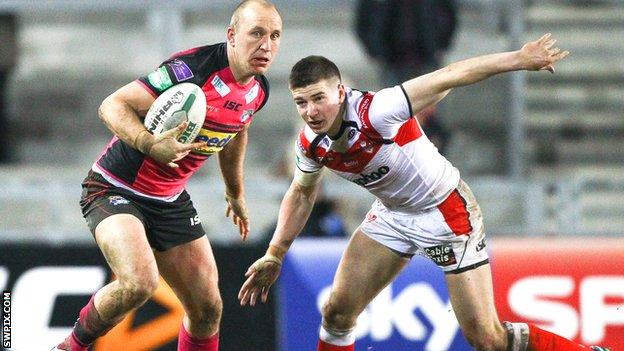 The 18-year-old impressed on his Super League debut against Leeds Rhinos, creating two late tries for Francis Meli in

Brown told BBC Radio Merseyside: "We were confident that he'd do a good job.

"He's definitely going to feature in games this year. Hopefully his form can hold up and he can have a solid year. He'll develop into a nice player."

Brown continued: "We put him there (against Leeds) because we thought he could play a bit. He's got a certain set of skills and he is a natural centre.

"We didn't put him out there thinking he was going to be one of the best players on the field the other day, but the fact that he did go out there and do that well was obviously good.

"He's a talented young kid, but he needs to keep his feet on the ground and keep working hard because it will get a lot harder before it gets easier."

Meanwhile, with a ruptured hamstring, there has finally been some positive news on the injury front for Saints.

Half-back Lance Hohaia and forward Mark Flanagan are expected to return for the short trip to Warrington on Friday, while captain Paul Wellens is making good progress from a calf problem.