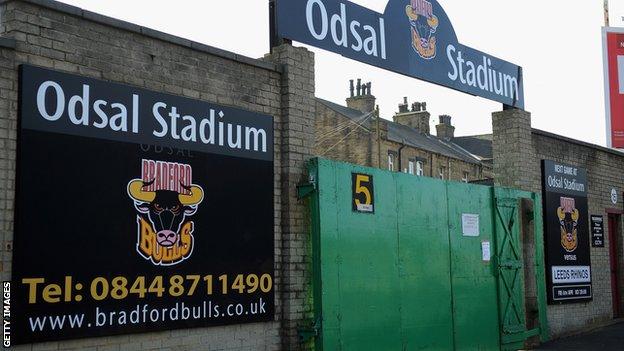 The 41-year-old is to join the club's board of directors.

She is the second woman, after Kate Hardcastle, to come on to the board following Omar Khan's takeover of the club in August.

"I've always been very passionate about the club and have been helping out on a voluntary basis," Willey told the club website.

"I'm happy to put my money into the club and help put Bradford back on the map because there has been enough doom and gloom in recent times.

"It's a long-term commitment because I know it's going to take time. I want to see the club grow on and off the field and this kind of investment can help achieve that.

"Rugby has predominantly been a man's game but I want to inject some glitz and glamour into the game and into the Bulls."

Khan purchased the club after they had entered administration and faced the threat of liquidation.

The Bulls have made an encouraging start to the 2013 season, winning three of their first five games.