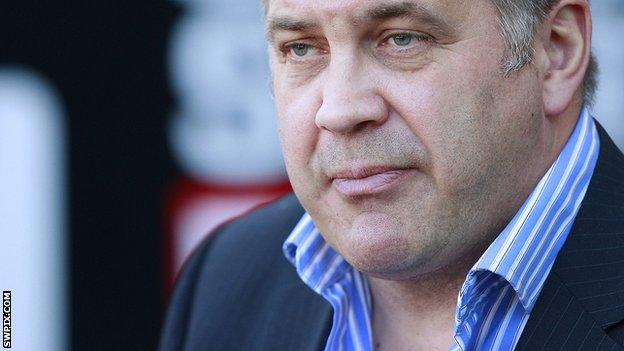 Wigan coach Shaun Wane has praised his youngsters for coping with a severe injury crisis and keeping the Warriors near the top of Super League.

With a number of key players missing, Wane has been forced to turn to his more inexperienced players in the opening five matches of the season.

And the Warriors are second in the table, a point behind Huddersfield.

"My only concern is that I'm playing them a bit longer than I expected," Wane told BBC Radio Manchester.

"I wanted to pull them out before now, but I'm still relying on them. Credit to them - they're standing up and doing the business, but in the next few weeks I'll be looking to get some bodies back and relieve them of a bit of pressure."

A number of experienced players, including Brett Finch, George Carmont and Thomas Leuluai,

Injuries have significantly weakened Wane's forward options, with Chris Tuson and captain Sean O'Loughlin the latest to pick up knocks ahead of Friday's visit of Catalan Dragons.

Wigan, who won the League Leaders' Shield in 2012, have lost just once this year - to Huddersfield.

"It just shows their character and the quality of our coaching with our juniors that they [the young players] can play for so long and get us second in the league," added Wane.

"To with seven of your first-team out and come out with a win is an outstanding achievement and probably one I didn't give the players enough credit for. It's going to take another massive attempt from us against Catalan."